Just a little story about my handicap pug Rupert. Around 4 months, I noticed he was extremely clumsy, more than puppy pug clumsiness. I took him to a local vet and they said he might have a terminal disease. Of course, now Im devastated! I took him to Tufts in Mass, where they diagnosed him with a pocket of fluid on his spine right around the base of his brain. This was slowly crushing…

Kugel has recently started licking his paws and nose, the pillows, the couch, he didn't do that before and sometimes he breaths as though he ran a marathon, but not all the time.    Does anyone know why he would all of a sudden become a licker?    Any clues?  Thanks,

Click on the link below to see my Valentine's Day message.

Pugs are prone to seizures for no known reason, of course it could be a sign of PDE (Pug Dog Encephalitis). My puggie had first seizure in July 2012, and he was already 5.5 years old.

we went through all examination still not able to find out the reason, so Vet can only say that is idiopathic epilepsy. He is currently getting good…

It is w great sadness that I inform you that my dear Nico passed away suddenly,with no warning in his sleep on 8/11/12.My sweet angel, so loving, gentle&kind.

Thank you God for 9 great yrs. I miss you forever !! Oliver's mother, Cricket, gave birth to 8 beautiful pugs on January 27th. With the recent litter, although a year apart from Oliver's birth, Oliver's family size has tripled. There are 2 fawn boys, 2 brindle boys and 4 brindle girls and they are all so precious! The breeder, Leah Gamble of Gamble Pugs, has not one of the Pugs…

So I'm onto yet another project without finishing any of my other projects.  I'm not actually starting this one, just putting the idea out there to get some ideas back in fro everyone.  I'll keep working on my other designs and hopefully have something out there soon.

So I've been looking into making my own custom playing cards. I found a place to get blank real playing card cardboard for use in printers, found the real coating, etc.  But its a lot of work and its more expensive than…

Anyone notice their pugs tummy starting to darken? No signs of itchiness at all coat is soft, wondering if its age? Starting around arm pits and by back of the legs!

How Many Of You Sleep With Your Puggies??

I slept with three of mine last night.  This cartoon sums it up! 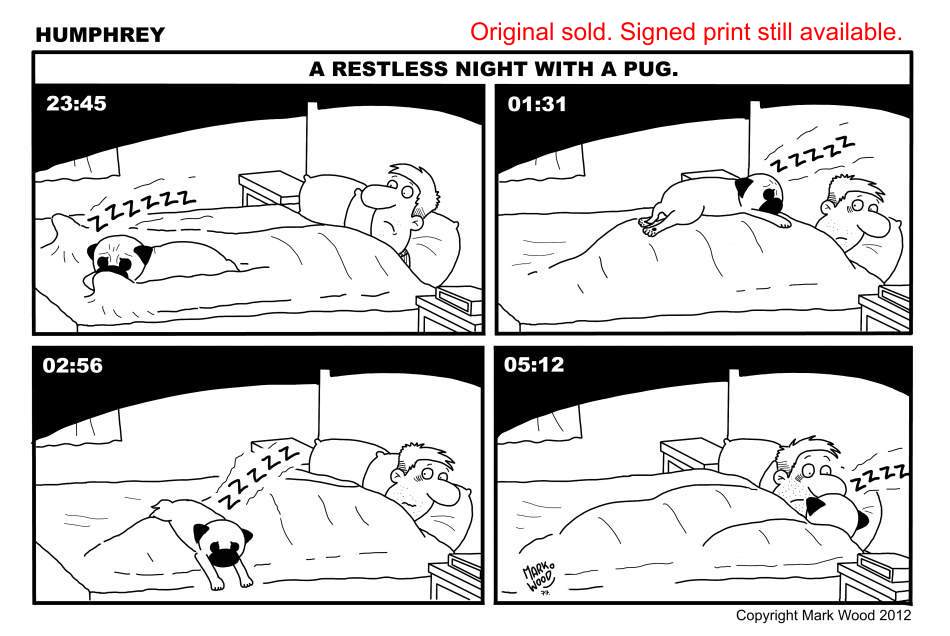 julie foutch left a comment for luke
"Welcome to our family,enjoy."
Mar 19